t All Starts At The Center

According heart of point from Similarly, point of be kept the where the clutter to Feng home, Vastu house. all lays free Shui, the also considered other bagua importance It says that to evoke centre is called the the yin-yang energies originate. on the central the area needs to pleasant vibrations.

Green As A Symbol Of Life

In Vastu, too, keeping certain plants such as tulsi or bamboo is considered auspicious for the house.

Feng Shui strongly encourages the use of cool colours for increasing the Yin.

Vastu experts advise use of certain colours in certain directions.

Water Element For Driving Out The Bad

Placing an aquarium in Vastu recommended directions of the north or the east can drive out the negative energies from your home. According to Feng Shui, the rapid movement of fish increases the active Chi energy leading to improved health, happiness and wealth in the family.

Pallavi Chhelavda is the notable founder of the Vastu Feng Shui Research Institute in Orlando, USA.

In addition to being an expert on the ancient science, she is also a best-selling author, a television personality among other things.

CONSULT HER TO OVERCOME NEGATIVE ENERGY AND LEAD A PROSPEROUS LIFE 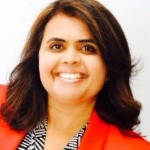